As you would have read on my last two blogs, I had recently sold off all of my Nikon gear over the last year or so and replaced everything with Fuji equipment.  I have extensively used my 18-135 lens and the marvellous little 35mm f2.  The 18-55 I never liked (not sharp or very useful wide open at the 18 or 55 end), so that was sold recently on ebay.  However, the 55-200 kind of sat there in no-man’s land and never really got used.  I did a commercial shoot last year where I had to shoot over 25 models for our local TAFE (Technical and Further Education).  The girls were graduating from their Makeup and Beauty Course, and I was asked to photograph the models for their portfolios.  Of course the 55-200 was the perfect choice for that occasion.  The photos looked great and everybody was very pleased with the results.

After that - I kind of popped the lens back into the camera cupboard and forgot about it.  I had thought long and hard about the lenses I would take on the month trip to Myanmar at Christmas, but because the 55-200 lens was not sealed, it did not even get on the short list.  I ended up specifically purchasing the 18-135 because of the weather sealing.  I had been to Myanmar on two prior occasions and I remembered how unbelievably dusty and dirty it can be over there (especially Mandalay and Hsipaw).  I just took the 18-135 and the 35mm f2 – and they did their jobs well.  I never really hankered or wished for anything different whilst I was over there in Myanmar.  As it turned out (you can read in my blog on the trip to Myanmar), I ended up falling into Inlay Lake with all of my camera gear attached.  The only thing that got ruined was the X-T1 because it had no lens or body cap on at the time.  However, the 18-135 and the 35mm F2 and my X-T2 were and are still fine.  Just as well I opted for the sealed lenses! 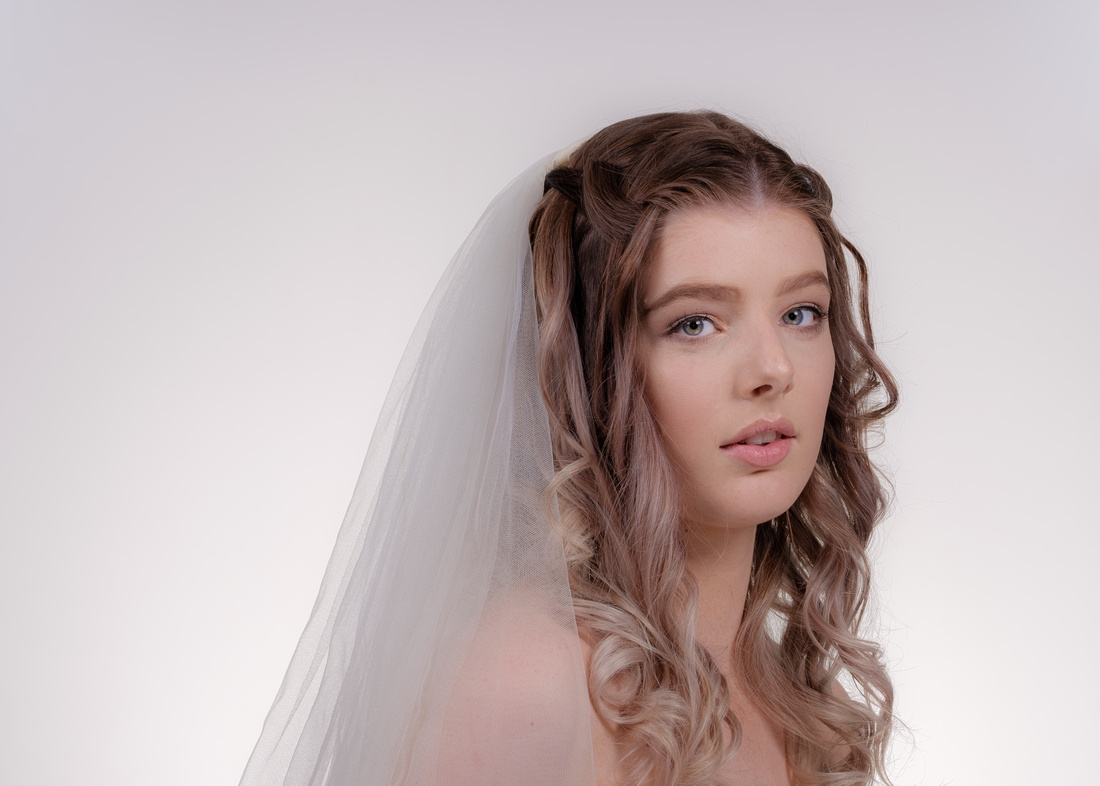 One of the models photographed last year using the XF55-200 Fuji lens.

However, after being back home now for well over a month, and having had time to process a lot of my pictures, I am beginning to evaluate things a little bit differently.  My wife and I are planning our next trip now for later this year – we think it will be China.  I am thinking a lot about how I could improve on the lenses that I took and what I could do to make my images even more powerful!  The 18-135 really is a marvellous lens.  I have spent countless hours now on Lightroom gazing at images taken with it from my recent months trip to Myanmar.  From these hours of gazing and evaluating, here is my conclusion.  Before I start nothing I say is a criticism of this lens - it really is a great lens for what it is – but we can’t ask too much from it.  From wide angle up to about 80-100 (150mm equivalent), it is really very sharp wide open and quite useable.  The thing that swings in its favour is the great image stabilizing.  Many of the images I took would not have been possible without image stabilizing.  However, after that focal length and right out to its max of 135mm (200mm equivalent), it is really quite soft and disappointing.

For me this is the kicker.  I did a run down on the focal lengths of all the useable shots (so far), from my trip.  It turned out that 85% of them were all under 80 mm (120mm equivalent).  It was only that last 15% of shots taken at around 135mm (200 equivalent), that were not very good because of the softness issues of this lens.  So we have a marvellous little lens for most situations, but I am really unable to use it for the really longer shots.  What do I do now?  Remembering that I had shoved the 55-200 in the cupboard because it was not a WR lens, therefore not considered for the dusty Myanmar trip, I whacked it on one of my X-T2’s and headed off to the beach with my wife.  She is very photogenic, but gets quite bored with all of my “carry-on” about photography.  She is not interested in photography in any way at all.  However, with some sweet talking I managed to get her to pose as my model for the day (she is pretty and also comes free – ha ha), so I was able to take some meaningful shots with the 55-200 on the X-T2 so I could test out my theory. 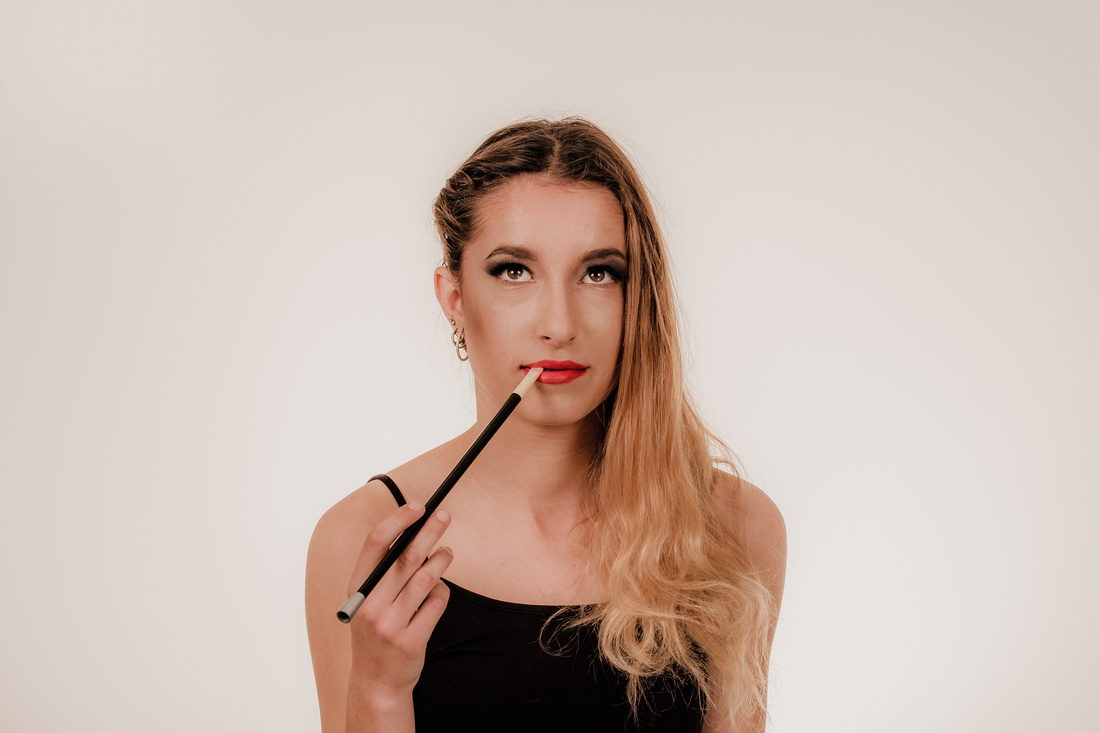 A black and white photo from the same studio shoot using the Fuji XF 55-200 (it is actually an ideal studio lens).

When I got a chance to have a look at the images on L/R and process some of them, I was amazed at the sharpness of the 55-200, and the beautiful colour rendering – seems better than the 18-135.  It is blistering sharp (wide open), right out to about 180mm (270mm equivalent).  It is only the last bit that it loses some of its punch.  You will see there is a photo of my wife taken at 181mm and it is still very sharp.  There is another taken at full focal length (300mm equivalent), and you can just see some softness creeping in.  This is marvellous news because I shot with Nikon for over 30yrs and always used an 80-200 or a 70-200mm lens.  I never needed anything longer, so I am sure on the 55-200 I will be able to keep all of my shots under the 270mm to maintain maximum sharpness.

In the midst of all my pontificating over my lens setup and fine-tuning it for the upcoming trip, I purchased last week the 16-55 XF 2.8 lens.  This is a giant honking lens, but after all of my years of shooting heavy Nikon gear, it is still actually quite light on the X-T2 and infinitely useable.  However, the sad thing is I am unable to test it - to throw the results into the mix - to report about it on this blog.  I have the lens, but my Pro1 Hoya 77mm filter has not arrived from ‘fleabay’ yet, so I am unable to take the lens out and use it (I never use a lens without a protective filter up front).  I am assuming it will be very sharp wide open – hopefully much sharper than the 18-135 – up to 55mm. 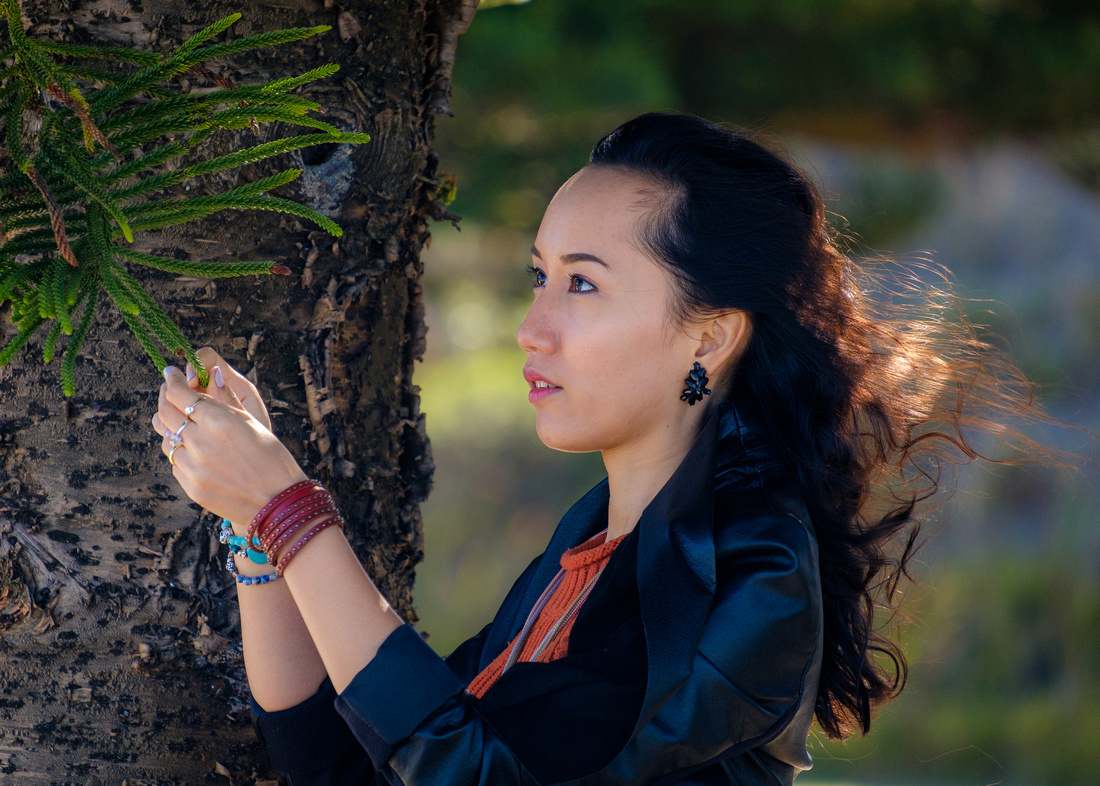 Here is what I am hoping will be able to happen.  In normal shooting situations and for my travel trips to Asia, I am hoping to have the 16-55 glued on to one of my X-T2’s and the 55-200 glued onto the other.  Though the 16-55 has no stabilization, I am envisaging this to not be a problem.  I used the 35mm F2 lens extensively in Myanmar and never had a problem with camera shake or wished that it had stabilization.  For the 55mm end, if stabilization is needed, then of course I can pull out the 55-200 and use the 55 end for stabilization.  I am hoping the 16-55 will be just as sharp at 35mm as my 35mm F2 lens.  I only lose one stop (F2-F2.8), so if this is the case then this small lens may have become obsolete and will end up with the 18-55 on ‘fleabay’.

When the filter arrives and I can use my 16-55, I will do another full test with it and compare it to the 18-135, 35mm F2 and the 55-100.  By everything I have read and heard it should stack up really well.  However, I am extremely surprised at just how sharp the 55-200 is.  I had the Nikon 80-200 IFED 2.8 lens, then later the new 70-200 AFSg F4 lens.  These were both extremely sharp lenses and just brilliant wide open.  I used them for years and still have many marvellous images shot on both of those lenses.  After comparing results, I can honestly say that my 55-200 is just as sharp as these wide open.  At the longer end (say 200 mm equivalent) it is just over F4 – so really loses nothing in speed to the F4 Nikon lens.  Even though the image stabilization was good my on Nikon F4 lens, I think OIS on the Fuji is even better. 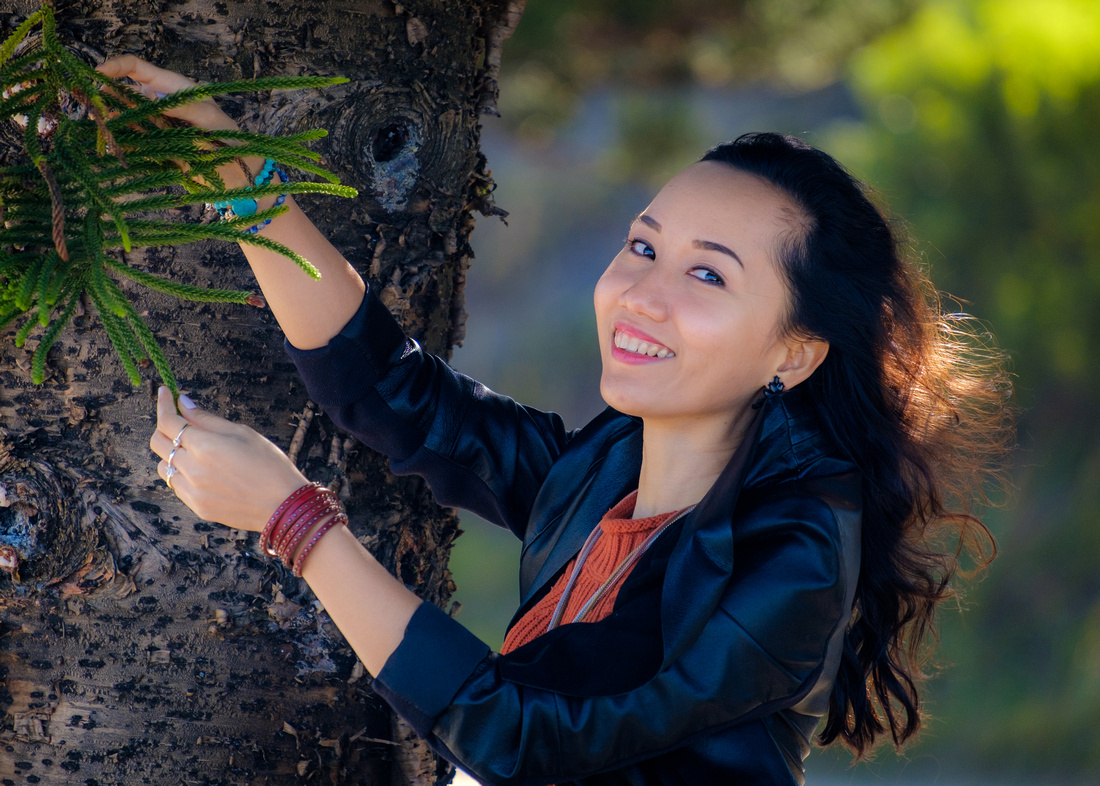 Another photo of my wife with the same lens but at max length (300 equivalent) - you can see a little softness creeping in.

These are really great times to be in photography.  Though it can be a little frustrating at times because we all want that one perfect lens (my 16-55 to have OIS and go up to 100mm), I really enjoy the experimenting and evaluating of my lenses to find what works best for me.  It really doesn’t cost too much - I always get back about 80% of what I paid for a lens from ‘fleabay’.  The bit that I lose I look at it as a ‘rental‘ for having the opportunity and ability to test the lens and compare them.  I am sure in the next few weeks I will work out exactly what my lens choice will be and keep the 3 or 4 lenses that will take my photography into the future.  I have a feeling at this stage it will be the 16-55 the 55-200 and the 18-135.  Though the little 35mm F2 lens is wonderful, if the 16-55 proves just as sharp at 35mm, then the F2 lens will be sold off and sacrificed on ‘fleabay’.  I hate lenses sitting around and only getting used once a year or something.  I would rather them go to a good home and I can put that extra money toward our travels.  Stay tuned for the next installment.  Please chime in and comment too – I would love to hear from others with the same lenses or having a similar re-shuffle to me.

Frank Weir(non-registered)
Just stunning. I have the old Nikon D90 and a Fuji XE1 and just the other day took photos at a lawyer's luncheon. I was shocked by how much better the Fuji images were compared to the D90. I have fretted about flash with Fuji since I always have to use bounce flash with the D90. High ISO is unacceptable with the D90. But I just shot away with the Fuji on full auto with Auto 6400 set and the photos are so much better. Regret not using the Fuji completely.Its really nice to see a highly talented pro LIKE YOU confirming that the Fuji has more than capable of producing top quality images. i am so sick of lugging even the D90 around. And the old Nikon 80-200 2.8D is incredibly sharp but that adds sooo much weight. Its possible to use the lens on the Fuji but holding the thing still enough is a challenge. Fuji's focusing aids with ANY brand of lens is brilliant! I have to say I REALLY RESENT Nikon crippling its manual focusing aids if you don't use THEIR lenses. It is a simple software matter to enable focus aids like Fuji's but Nikon clearly doesn't want to do it. I love using some of the old Nikon Series E manual lenses, that are dirt cheap, on the Fuji and getting great results! Sticking it to Nikon!
No comments posted.
Loading...
Subscribe
RSS
Recent Posts
From Amateur to Professional Photographer - Using Fuji and Nikon. The Z6ii and X-T3 – A Walk on the Shady Side! The Rebirth of Travel 2022 - Fuji and Nikon Explore Singapore An Australian Summer - through the 'eyes' of Nikon's FF and Fuji's APS-C The Fuji and the Nikon – a story of unrequited hankering! Australian Shearers - A Fujifilm perspective! Relocation to a new city – through the eyes of my Fuji X-T3 Fuji's XF 16mm 1.4 - The Sublime One! Street Photography – the Missing Link Revealed (with Fuji's 16mm 1.4) The lens that 'salvaged' my Fuji Escapades!
Keywords
Fuji street photography Fuji X-T3 environmental portraits fuji x-t2 Fuji XF 16mm 1.4 XF indigenous kalgoorlie fuji tilting screen
Archive
January February March April May June July August September October November December
©philipsuttonphotography.com 2011-2023
Powered by ZENFOLIO User Agreement
Cancel
Continue